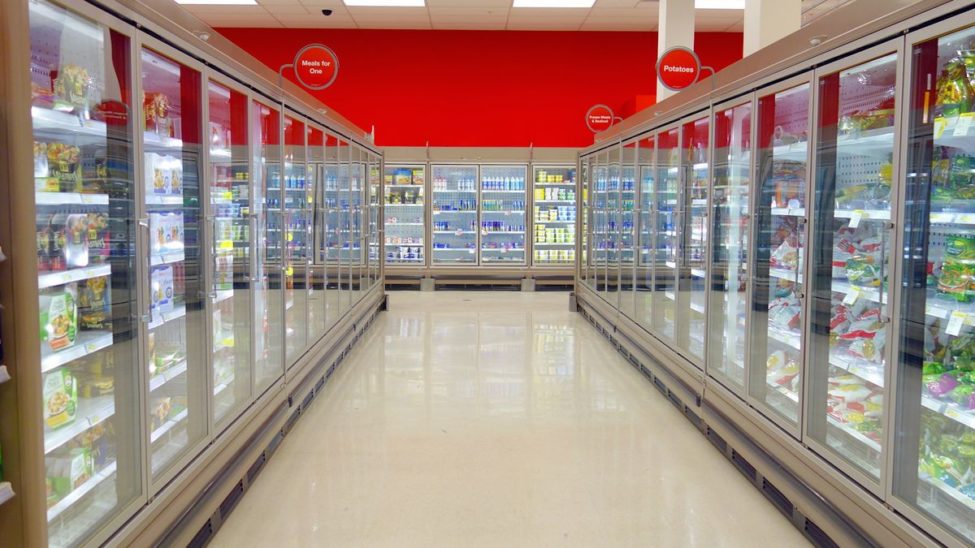 As Americans are finally getting serious about the need to address Climate Change, and organizations lay out ways to take action, there have been a few areas that have consistently floated to the top of the list. Everyone first thinks of common generation measures, like solar and wind, but did you know that there are several big hitters on the conservation side?

At the top of many lists you see lighting, HVAC and building envelope as common energy conservation steps both in the commercial and residential sectors. One that has flown under the radar, however, is refrigeration. That is no longer the case.

Project Drawdown, a worldwide organization, was founded in 2014 and has a mission to measure and model the most substantive solutions to stop global warming, and to communicate those findings to the world. They are currently active in hundreds of major cities around the globe to execute their findings on the actions with the most impact.

Number one on their lists currently is commercial refrigeration. On their website (www.drawdown.org) they say this about their conclusions:

The good news is that conservation through better refrigeration management is win-win because energy conservation also saves the almighty dollar. It has a direct impact on overhead expenditure; and can be seen as a better investment than any traditional financial investment.

Additionally, the U.S. EPA has published a report that originated in the UK by the organization called “Carbon Trust” which is dedicated to offering solutions to businesses that want to join the worldwide effort to make a difference in protecting ourselves and the planet.

Their extremely detailed and comprehensive report, called The Refrigeration Roadmap, can be read here:   https://www.epa.gov/sites/production/files/documents/RefrigerationRoadmap.pdf

It lists everything and documents their potential CO2 reduction impacts, as well as their ease of implementation. Both of these reports mentioned here make clear: there are lots of ways to conserve for not that much time and expense in refrigeration alone. The reward could be priceless.

Mary English has been working in sustainable construction and building science for over thirteen years. She has worked with multiple designers and builders in the Kansas City region testing and consulting on best practices from building envelope to HVAC. She currently serves as the Committee Chair for the USGBC Central Plains Programs Committee.

Paul Lin has worked 20 years in the electric motor industry. His extensive experience in the energy efficiency industry began with General Electric’s motor division in the Edison Engineering Program and carried over when acquired by Regal Beloit. He focused on helping Regal’s many businesses bring energy efficient products to market as well as policy and regulatory work with government agencies. This includes working with the Department of Energy on minimum efficiency standards for both electric motors and appliance standards; engaging utilities on rebate programs for energy efficient motors; and participating with the energy Non-Government Organizations on energy efficiency targets and programs.

Now Paul is working for FridgeWize to implement many of the energy saving technologies that he has advocated for to increase the efficiency of the millions of existing installed equipment. Paul also is an avid lacrosse fan and helps out with local area high school and middle school programs. Paul also enjoys photography, travelling, car racing, road and mountain biking.

Tom has a combined 35 years experience in the electronics field as a bench and engineering tech, and inefficiency related projects working in both renewable energy and sustainable buildings.

As the Chief Field Technician at FridgeWize, he performs customer site audits, installs energy monitoring equipment and oversees the motor product-package retrofits. He also works closely with Paul in implementing new equipment, improving the existing designs, and training new contractors on the best installation practices for our systems. In his free time, he works his magic in the garden; and likes to ride his bikes – both motored and pedal-powered.

An experienced attorney and business advisor, Brooks has counseled numerous clients in various industries worldwide for more than 20 years. He counsels the executive team at Fridgewize and helps identify market opportunities for the company. In his spare time you may find him at one of his children’s many sporting activities, on a mountain skiing somewhere in the world or on a tennis court.

For over thirty years Ace was an executive in the construction industry as a building materials supplier in the ceilings, drywall, insulation and architectural specialties space. The firm he led had locations in six midwestern cities, selling products in the US and to over 32 countries abroad. He transitioned from large business owner to coach and consultant to many early stage, fast growth companies. Ace pays a strategic role advising management at Fridgewize while developing market opportunities with the sales team. He enjoys golf, skiing and hiking with his wife of over 35 years and three adult children.

Since joining FridgeWize 4 years ago, Sherman has worn several hats handling administrative jobs. Currently he is coordinating all the project management at FridgeWize, as well as inventory oversight.  In his off hours, Sherman likes to hang out around his 39th Street neighborhood with friends; and relax over coffee with his favorite baristas.

Darren is an executive with extensive experience in leading companies involved in manufacturing, distribution, systems, and engineering and construction. Darren advises the board and management on all aspects of business, and focusses his efforts mainly on systems, procedures and overall operations. Darren is a classic car guy that is actively involved in the classic car community, and enjoys spending time with his family.

Having studied at Rhodes University in South Africa with a focus in the sciences, began his career as a professional rugby player—an exciting first step to an unconventional journey that would result in the making of a talented entrepreneur. He developed his strong leadership skills in the construction industry owning, operating and managing several large companies both as a general contractor and developer. Ryan cultivated a passion for implementing green building practices into all phases of construction using cutting edge technologies to offset energy usage. Possessing entrepreneurial skills honed as a successful builder, developer and owner of companies, he saw an opportunity and chose to enter the renewable energy sector. He is a founding partner of FridgeWize and is credited for the invention and development of the Carbon Fiber blade range (for which he humbly shares credit with partners). Naturally leading by example, Ryan inspires his team to perform efficiently and to the best of each member’s ability. He has served on numerous boards and continues to bring value to companies through his experience and expertise in multiple fields. Considered by his peers as a visionary in the industry, Ryan continues to advance technologies within the renewable energy sector and position FridgeWize to successfully implement products on a global scale. In if off hours, Ryan likes to spend time with his family, rowing the Missouri River,  and concocting new recipes using trade South African ingredients in the kitchen.

Juan Grobler, is a founder, majority shareholder and Executive Vice President of FridgeWize, Inc. He was born in Zimbabwe and grew up in Southern Africa. He holds a degree in Science from Natal University in South Africa majoring in Zoology, Botany and Grassland Science, and resides in Carbondale Colorado, where he has lived for 22 years. He consults to numerous national and international businesses to reduce their carbon footprint, and saves money on their bottom line with very quick payback periods that are offered with the FridgeWize product line. The former International rugby player visited 34 different countries while representing the USA national team for 7 consecutive years. He played in the 1999 Rugby World Cup and also qualified for the 2003 Rugby World Cup. He is a fierce competitor and has a passion for energy conservation.

Mary switched vocations from sales and marketing management into building science and sustainable construction twelve years ago. She is pleased to use her expertise in energy efficiency to help FridgeWize with business development and marketing since joining the team in 2018. When she is not trying to create a more sustainable world, she enjoys cycling, aerial silks or watching Royals baseball.

A CFO and Cost Analyst with over 30 years of experience in financial management and analysis, Bill has advised over 350 middle market and Fortune 500 companies on cost reduction and profit improvement, via real-world process engineering.

As FridgeWize’s CFO, he still wears these multiple hats in day-to-day operations as well, in addition to helping look at customer utility costs and best combinations of technology to improve cost efficiency (ROI).  In his spare time, Bill is still a junior tennis coach and enjoys travel that incorporates his favorite hobbies of scuba diving and cycling (and he is always looking for a new tennis match!).